Tayo is the one of the largest Newar ethnic Jewelry piece of Nepal. It is a necklace worn by Newar girls, brides, and women as well as deities like Lokeswors, Yognis, Dipankers and Kumaris on the special ceremony. Tayo has high symbolic meanings and religious values. It is worn as it is believed that the pointed pendent part of the necklace symbolizes the Kathmandu Valley, while the facets of the pendent for the directions of the Valley, and a center jewel under the hood of the snake-heads is for the Swayambhu Stupa of the Kathmandu valley. The Swayambhu Stupa stands for the Pancha Buddhas. The places for the five Buddhas ( Pancha Buddha) in the Stupa are in a Mandala position Vairochan in the center, Akhswovya in the east, Amitabhava in the west, Amogha-sidhi in the north and Rana-Sambhava in the South. The Mandala symbolizes the Universe of the World related with the Mahayana Buddhism. Such is the importance of Tayo in the cultural heritage of Nepal. Pratapaditya Pal, the author of “Arts of Nepal” (a catalogue of the Los Angle County Museum) remarked it, “One example of gold jewelry (Tayo), its quality is eloquent testimony of the Newar craftsmen’s skill and its asthebilty.”

Ghau is an amulet box pendant with semi-precious stones. The box is attached to coral beads, and Buddhist women in the hilly regions of Nepal wear it. It is a symbolic jewelry piece related with the Mahayan Buddhism. The stones at the corners and at the center signify the five Pancha- Buddhas of Swayambhu Stupa like that of a Tayo, a traditional necklace worn by the Newar women of the valley.

Kilip is a finely worked out gold head ornament. It is very popular among almost tribes of Nepal. It is in oval shape with a cluster of flowers motif and usually a peacock on the top. Sometimes, Kilip may be in moon shape. It is used as a hair clip on the back of the head. The back of the Kilip is made of silver with a lock on it. People in the hill area use Kilip in pairs.

Lunswan is a circular disk type ornament made of gold. It is popular among almost tribes of Nepal. It is worn on the top or back of head. It has a quite big coral on the center with image of Ganesh on coral. To make a Lunswan, first a sheet of gold is prepared in circular shape and a cluster of flowers and leaves are carved around the coral. It is usually used on the wedding and festivals. A normal Lunswan is about 12-cm.in diameter and about 100g in weight. 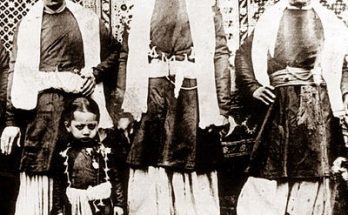 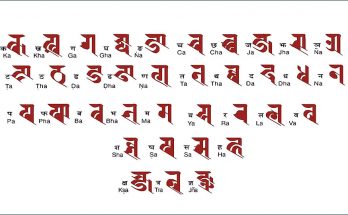