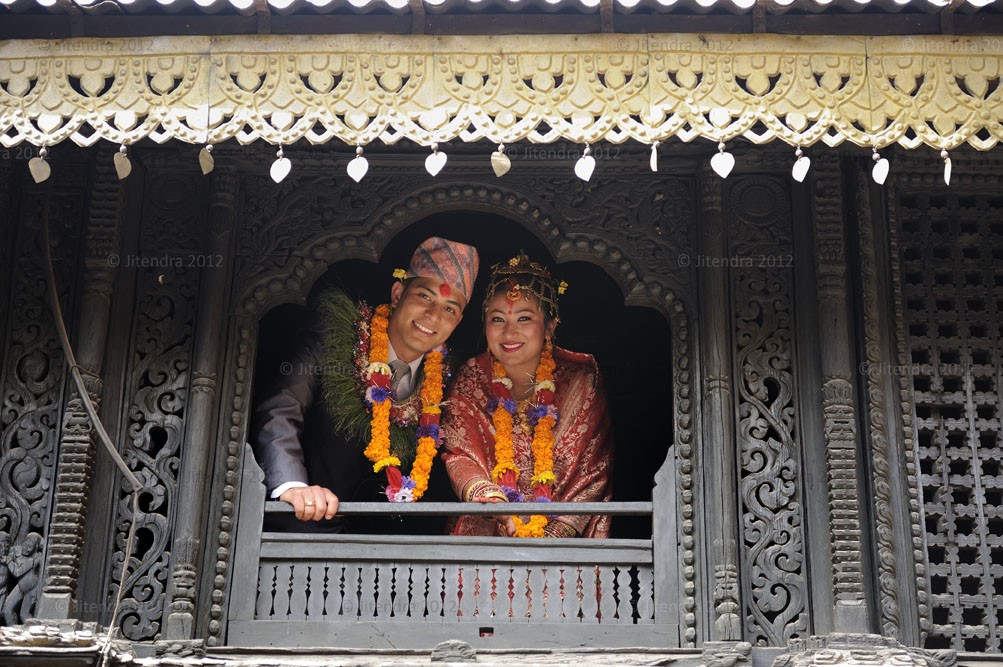 As the mellow dusk sets against the busy Newa neighborhood, giving way to a serene blue sky, an elderly woman looks nostal gically over the newly wed bride. The old woman, who was also once a bride, stands observing the unfolding story of human hopes enduring against the creases of time.

Had it not been for love, the world would have never found a reason to celebrate and to hope.

As the bride devoutly bows down to the bridegroom, sharing all her hopes with his, the psychedelic wedding feast waits below.

Time comes and goes, and life events like marriage are repeated over and again. Every time history repeats, however, the characters change while the hopes and the dreams endure. The old woman’s curious eyes still sparkle with undefeated hope for the future as she watches the crowd of celebrants.

The bride, meanwhile, with feminine grace, dreamy eyes and shy but promising smile, literally lives up to the word “better half”. And, while bridegroom evokes a faint smile in the shade, it is actually the bride who breathes life into it.

Ever since her childhood, when she stealthily smeared her lips with her mother’s lipstick or draped a sari around her, she awaited this day. She is adorned with gold from head to toe, but the grace radiating from her face is the most precious.

Then, suddenly one day, she is transfigured into a princess and the whole world seems to revolve around her.

Dressed in a special brocade sari and typical Newa jewels, the bride personifies elegance. In a Newa marriage, like most Hindu marriages, the bride is dressed in the image of a deity (or, is it that most Hindu deities are created in the image of a bride). According to popular myth, the bride personifies good luck, loveliness and divinity. Marriage is not just about living with another person, however, but more importantly is about unifying the yin and yang forces of Nature, giving continuity to the human race.

To prepare her for this great task of creation, special attention is given to adorn her, to worship her and to purify her being. This way the sacred union of marriage takes place in a pure space, which will determine the quality of the life of the couple in union.

In the meantime, it is also a day of great transition, both physical and emotional. While on the one hand, she is elated with the prospect of conjugal life, on the other she appears to have doubts. The home where she grew up and discovered herself, the place where she shaped most of her dreams and, more importantly, the persons through whose eyes she learned to see the world, will soon be all behind.

All eyes, of the eldest, of the youngest or in between, are curiously following the
ceremony as if there is nothing in the world so important to be attended. The crowd around the bride heightens the importance of her presence and the event and she is, for the moment, the center of their world. The bride, haloed by the mystic aura, blushes.

The marriage is not a special event only for the bride and groom, but also for those gathered for the celebration. It gives continuity to eternal ritual, a communion of souls and is another excuse to celebrate the richness of life.

Newa tradition stands for the celebration of life. Newa feasts and dances, known for their lavishness, epitomize the spirit of the celebrations. And when it come to marriage, celebration is not compromised.

Marriage is a dream in the eyes of everyone since childhood. A small girl, juxtaposed against the bride, peers into the mirror and tries to put herself into the shoes of the bride just as the lads in the other room try to emulate the groom. 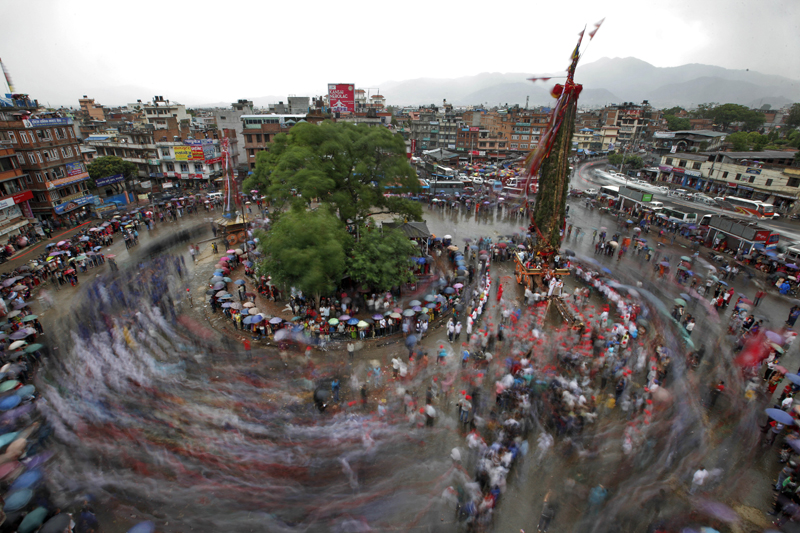 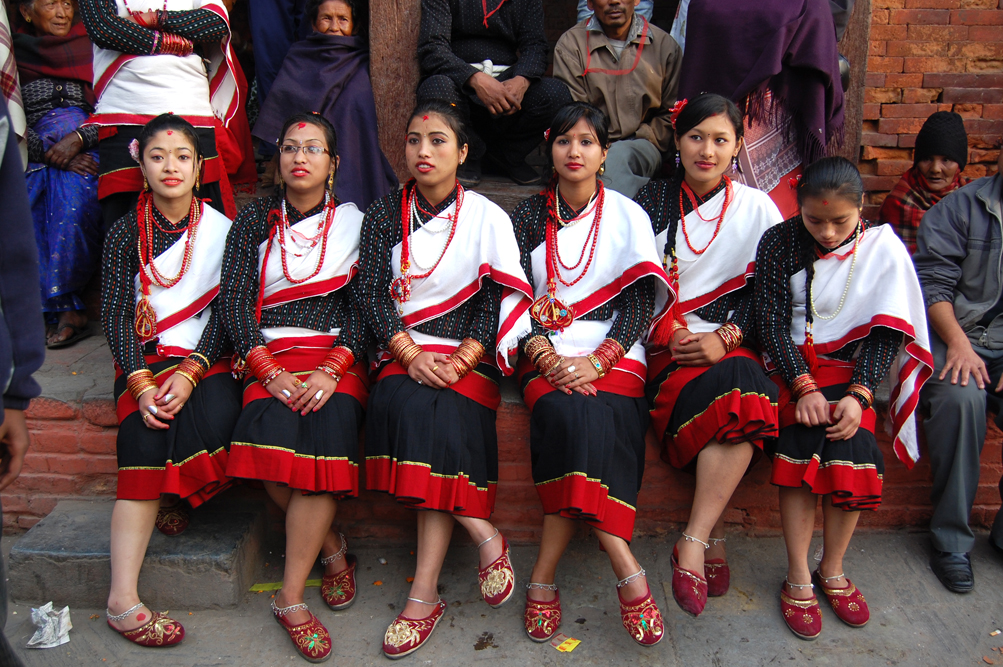 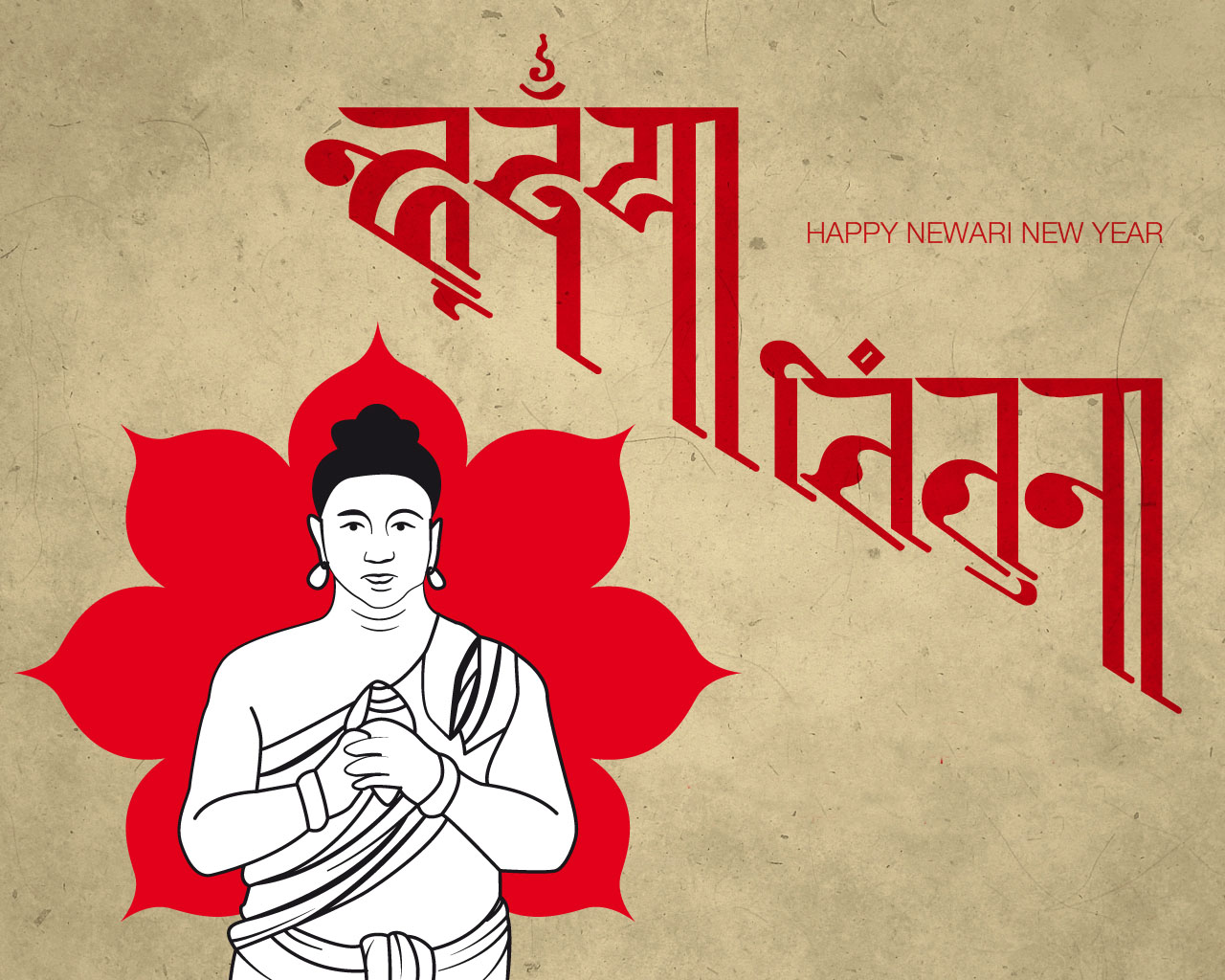