It is a combination of two words in Newari language (language of Newar people, the indigenous inhabitants of Kathmandu Valley), ‘Nya’ (means ‘fish’) and ‘Chhyon’ (means ‘head’,) and hence ‘Nyachhyon’ meaning ‘Fish-head’.

The present name ‘Nyachhyon’ is a deformed name carved out of the original name ‘Nyaaya Chhen” over hundreds of years.

A document written on bamboo leaf dated NS 805 (BS 1742, AD 1685) has been found which describes separation of Mulmi family (most of the present Mulmi families are now situated at Purnachandi) into two family divisions. One division stays at the location where they are, on the east side of the lane together with their lineage goddess’s home, and other division stays on the west side of that lane with a new lineage goddess for them. For some time both the family divisions are called by ‘Mulmi’ family name. It so happened that a person in the family division, which stayed on the eastern side of the lane, is very wise, knowledgeable, sharp, always helpful to the community people and has a very commanding personality. Whenever, there is any kind of conflict between the two persons in the community, he used to listen to them both and then give his version of justice, which always is accepted by the community. So, gradually people in the community used to say – let’s go to ‘Nyaaya Chhen’ to sort out their differences whenever they have any. ‘Nyaaya’ (means ‘Justice’) and ‘Chhen’ (means ‘House’). And, as time passed the family members in this Mulmi division are called ‘Nyaaya Chhen Mulmi’ meaning ‘Mulmi of the house of Justice’. And the lane, extending North-south in between ‘Hiranya Varna Mahabihar and present location of Sunrise Bank at Gabahal Patan is called ‘Nyaaya Chhen Galli’. And as time passed by, this ‘Nyaaya Chhen Galli’ is deformed to “Nyachhyon Galli”, and ‘Nyaaya Chhen Mulmi’ is deformed to ‘Nyachhyon Mulmi’. Again, as time passed by, instead of writing a long family name as ‘Nyachhyon Mulmi’, it is shortened to only ‘Nyachhyon’ at present. Till the period of my father (Mr MahendraGopal Nyachhyon), who passed away in BS 2047, AD 1990, he and his contemporary cousins used to write ‘Nyachhyon Mulmi’.

Many of the present family names or surnames of Newar high caste families are from the courtiers/administrators/nobles of the ruling dynasties, descended since pre-Malla period. They were the titles given to persons as per their service in the ruling dynasty. As for example, Shrestha [derived from the Sanskrit word Shishta (शिष्ट)] for someone serving as administrators; Mahaatha or Mahaamaatya for chief-ministers; Amaatya for ministers; Kwaatha-naayak for chief protectors of the fort/castle; Bhaaro for courtiers in general; Pradhan for chiefs; Mulmi for principal chief who holds supreme power in the sovereignty, etc. Reference of Mulmi can be found as far back as NS 427 (BS1363), when ShirKesh Mulmi was serving during the ruling period of King Jaya Shakti Dev, son of Jaya Aditya Dev and grandson of Jaya Bhim Dev (Ref. GopalRaj Wamshaabali, leaf 41, page 97). Even after the end of Malla period, the families whose members had once attained those titles continued using them as their family name/surname. So, there are many family divisions of Mulmi as there are many divisions of Shrestha, Pradhan, Amatya etc. and there is no blood relations in between one division and another.The Nyachhyon family and only the Mulmi family of Purnachandi, Patan are from the same division and so has the blood relation. So, till date there are no matrimonial relations between these two families.

In some sites Nyachhyon and Mulmi has been mentioned as metal-workers and Panchtharia. This is incomplete and misleading information. Even Nyachhyon written in Nepali (Devnagari) in those sites was wrongly written as न्याचोण. Nyachhyon is never written like that. It is always written as न्याछ्योँ. Nyachhyon families have never been metalworkers and they are not Paanchtharia, they are Chhatharia. Some of the Nyachhyon families have been and still are in the metal (utensils and raw metals) business only. And, also not all the Mulmi families are metalworkers. Only the Mulmi families living in Purnachandi, Gabahal, Patan, who are in the same family of Nyachhyon before their division, have been metalworkers, and that also not in all types of metals. Their metalwork has always been making of only the dinner plates and bowls from tin-bronze (चरेस/काँसा). There is an account of tale-retold family story relating to how/why this family became metalworkers. It goes like this: Centuries ago, in order to earn the daily living for his family, a person in this Mulmi family, pretending as a blind person had secretly learned the skills of metalwork relating to making of tin-bronze dinner plates and bowls from Kansakar (कंसाकार) families of Kathmandu, who were the only experts in that trade during that period. Kansakar is called Kasaa (कसाः) by Newars. After learning all the secrets in this trade, this person started his own workshop and also involved all the members of the Mulmi family of Purnachandi, gradually to become champions in this trade and establish their own space in the making of dinner plates and bowls from tin-bronze (चरेस/काँसा). And so they are also used to be called Kasaa. Even now-a-days the members of this Mulmi family are called Kasaa, to distinguish them from Mulmi families of other areas. 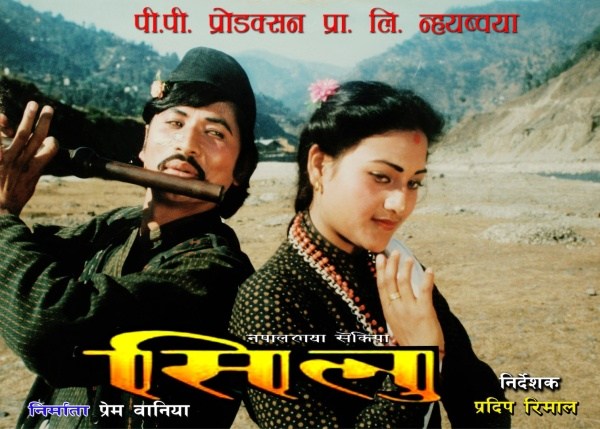 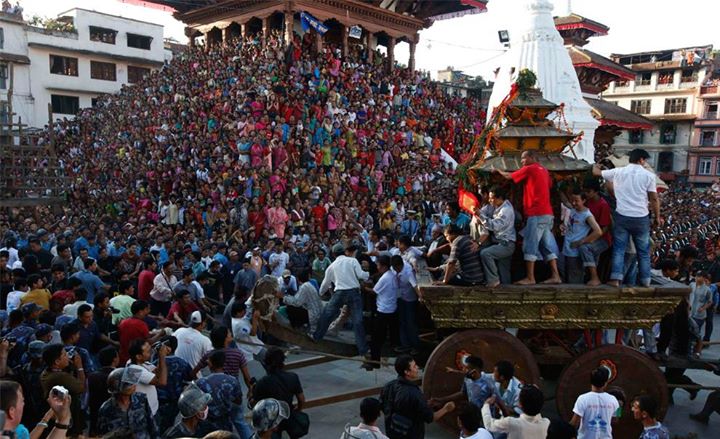